We witness beautiful football and goals from the first 4 matches played between Tuesday and Wednesday night in the last 16 round.

Olivier Giroud scored a stunning overhead kick to give Chelsea a 1-0 win over Atletico Madrid in their Champions League last 16 first leg against the La Liga leaders.

The Frenchman initially had his strike ruled out for offside, but VAR was used to identify that Giroud had latched on to a ball off Mario Hermoso rather than one of his Chelsea teammates, therefore the goal stood. 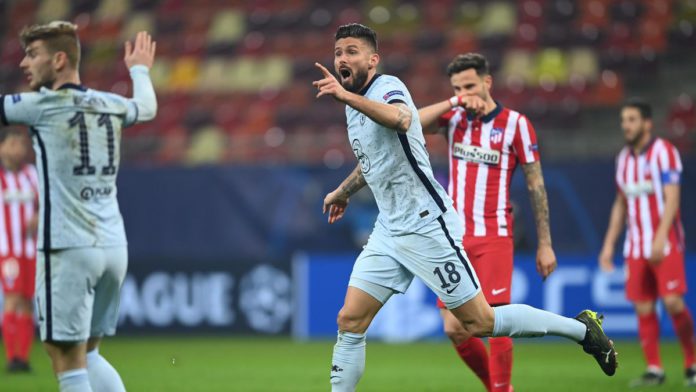 Very few opportunities were created in the first half, although Timo Werner stung the palms of Jan Oblak with a strike to the near post after being played in behind the Atletico Madrid defence by Mason Mount.

Diego Simeone made a number of late changes, but Atletico Madrid failed to truly test Edouard Mendy in the Chelsea goal as Thomas Tuchel’s side left Bucharest with a valuable 1-0 away victory.

Goals from Robert Lewandowski, Jamal Musiala Leroy Sane and an own goal by Francesco Acerbi put Bayern 4-0 up, and though Joaquin Correa nabbed a goal back, the tie is over and both sides know it. 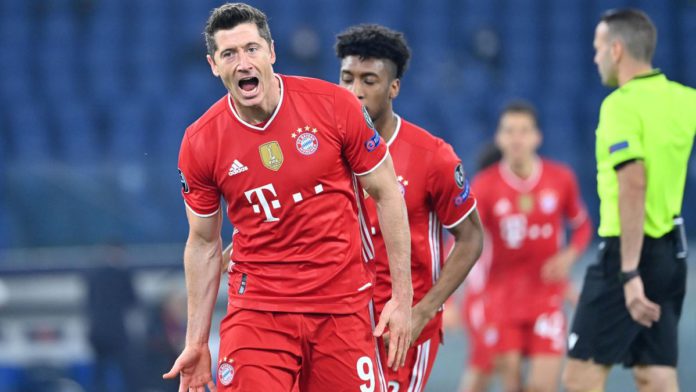 It was clear from the off that Lazio were petrified of the defending champions, and a mistake by Mateo Mussachio, whose dreadful backpass fed Lewandowski, led to them falling behind after nine minutes.

Gradually, they inched their way into the game and caused Bayern a few problems at the back – they ought to have had e penalty but on 24 minutes a terrific finish from Musiala effectively ended the contest.

But Bayern were not done, Sane added a third before half-time, and the only question was how much more embarrassing things could get?

“A lot” was the answer, Acerbi notching a dreadfully hilarious and hilariously dreadful own-goal sliding in to knock Sane’s cross past Pepe Reina, and at that point, the potential scale of the humiliation looked terrifying.

But Correa quickly nicked a goal back, after which Bayern more or less declared, keeping it sporting – but they look extremely menacing, and can play much much better than they did tonight. It will take a serious effort to relieve the defending champions of their trophy.